‘Wonders of the Wild Atlantic Way’ to target 10 million Britons

You are here: Home1 / Tourism News2 / ‘Wonders of the Wild Atlantic Way’ to target 10 million Britons

A €1.35 million marketing campaign in Britain will be complemented by a Fáilte Ireland €500,000 programme to support businesses along the Wild Atlantic Way to position themselves to benefit from the campaign, as well as to boost its own marketing campaigns in Northern Ireland. 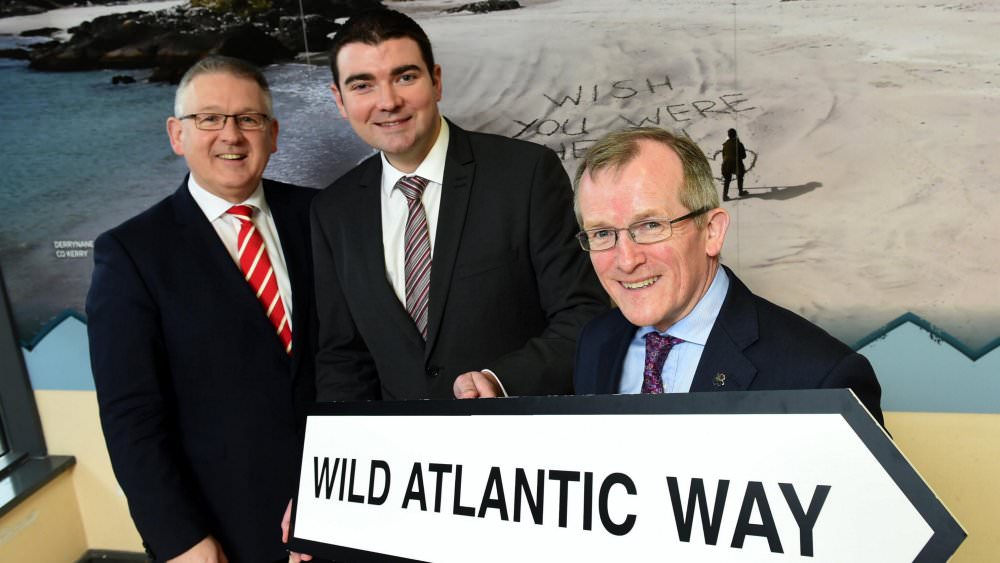 The ‘Wonders of the Wild Atlantic Way’ campaign will be rolled out by Tourism Ireland in Britain in two phases: phase one will happen in February and March and phase two in September and October. It aims to entice British holidaymakers to visit the Wild Atlantic Way during the off-season months. It will highlight ease of direct access from six British gateway cities to Cork, Kerry, Shannon, Knock, Donegal and City of Derry airports.

Minister Brendan Griffin said: “Whilst the performance of the tourism sector in 2017 was exceptionally good, the one negative aspect was the decline in the number of overseas visitors to Ireland from Britain. It is therefore very encouraging to see marketing initiatives such as this being launched by Tourism Ireland and Fáilte Ireland. In terms of inbound visitor numbers, Britain still remains our largest tourism market; therefore it is vital that we continue to strive to make Ireland an attractive destination for British tourists, in light of the uncertainty created by Brexit. I want to compliment the tourism agencies on the outstanding success of the Wild Atlantic Way initiative to date, but what’s more encouraging is to see a focus on trying to grow and build on that success, as evidenced by this rural tourism marketing campaign. This is very welcome news for the economy of rural Ireland, especially along the western seaboard.”

Niall Gibbons, CEO of Tourism Ireland, said: “As our nearest neighbour and one of our top markets for overseas tourism, Britain remains a priority for Tourism Ireland. This new ‘Wonders of the Wild Atlantic Way’ campaign will highlight all the great things to see and do the length of the Wild Atlantic Way and will encourage British holidaymakers to come and visit outside of the peak travel season. We are very much aware that Brexit has impacted on consumer confidence and, in turn, on outbound travel from Britain – including to Ireland. The depreciation of sterling against the euro means that value for money continues to be a key message for us in Britain. An important element of this campaign is the co-operative advertising with airlines flying to airports along the Wild Atlantic Way – highlighting good value offers and ease of access, helping to convert interest into business.”

Fáilte Ireland also announced that it will be allocating an additional €500,000 to complement Tourism Ireland’s €1.35M ‘Wonders of the Wild Atlantic Way’ campaign and augment its current Brexit Response Programme, as well as its marketing campaigns in Northern Ireland.

Paul Keeley, Director of Commercial Development with Fáilte Ireland, said: “We will also be providing additional resources to complement this new campaign in Britain and to augment our ‘Get Brexit Ready’ programme. This year we are already working with hundreds of businesses to help them assess their exposure to Brexit, fight to target best prospects in Britain and diversify their current offering to appeal to other strong markets as well. Our additional funding will allow us to work with more businesses along the Wild Atlantic Way and to assist them to best position themselves to benefit from increased marketing in Britain – including promotional work with UK travel trade, sales programmes and additional promotion in the golf sector.

“Furthermore, as Northern Irish visitors are also an important part of the visitor mix, we will also be investing additional funding for a targeted Fáilte Ireland marketing campaign to increase business from the North.”

Tourism Ireland’s campaign will reach at least 10 million potential holidaymakers around Britain, through: